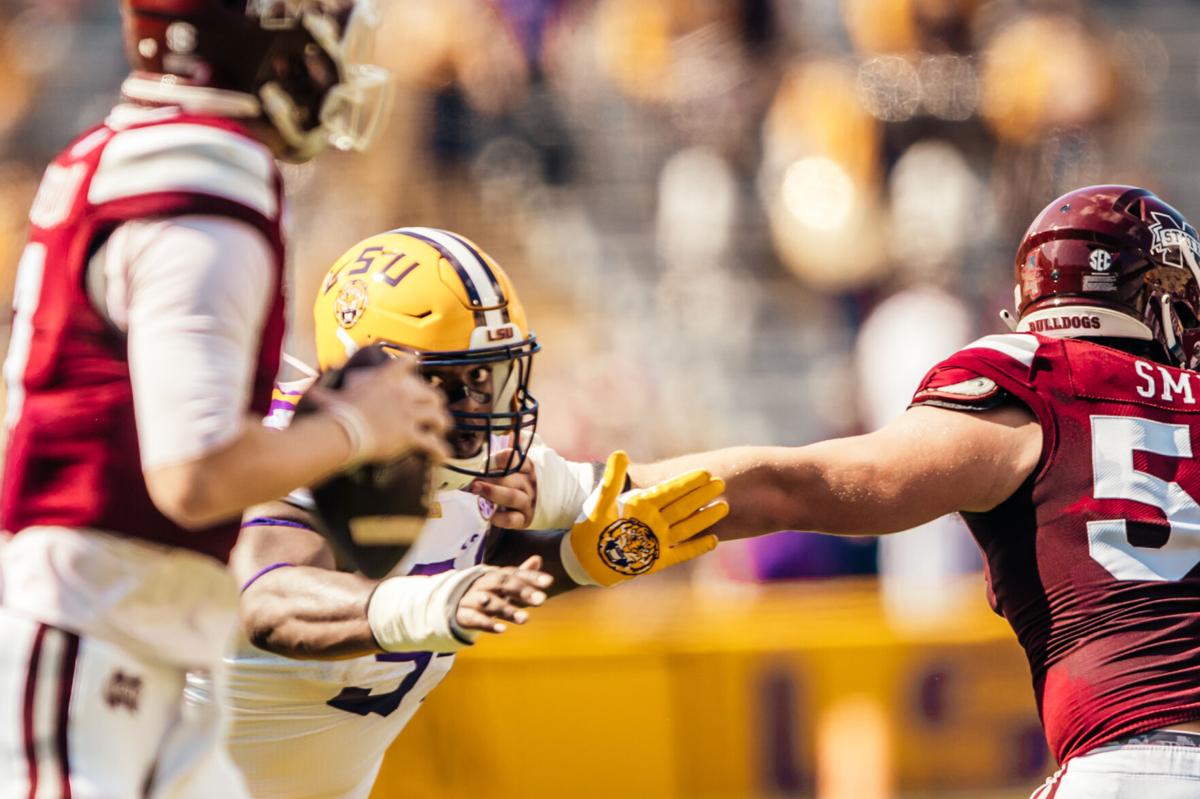 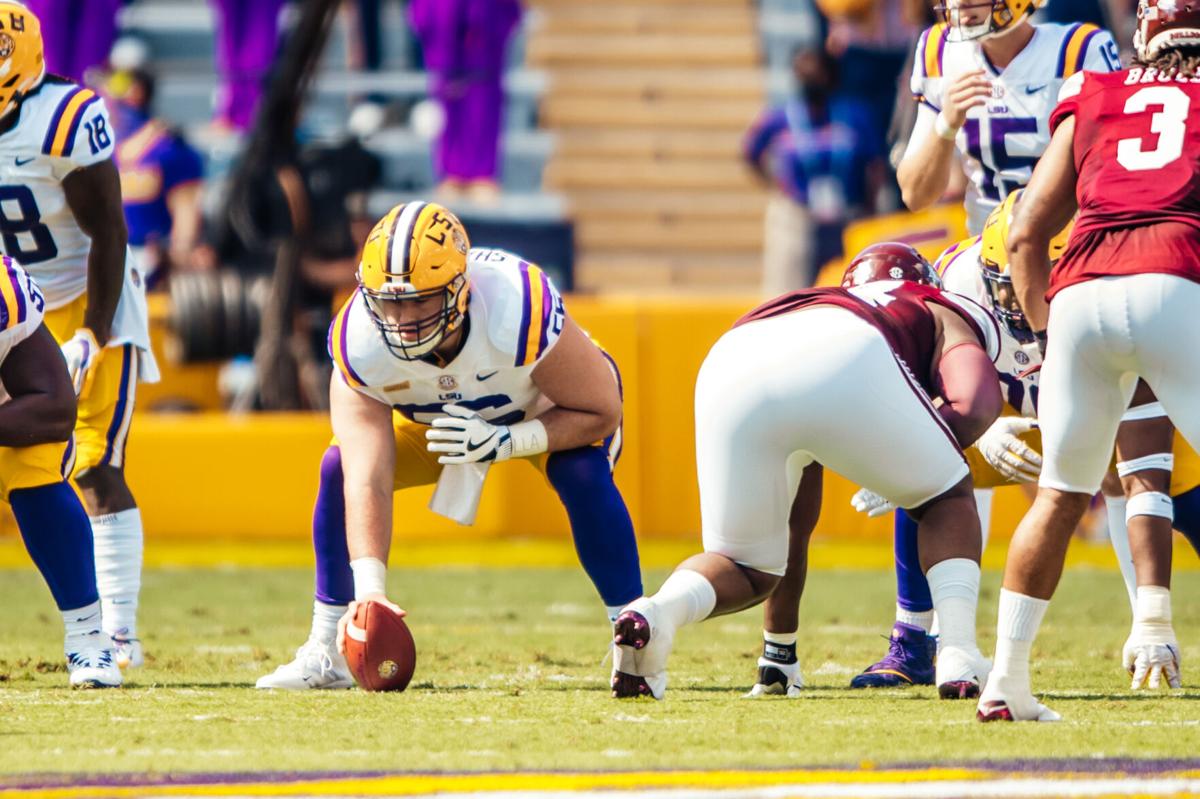 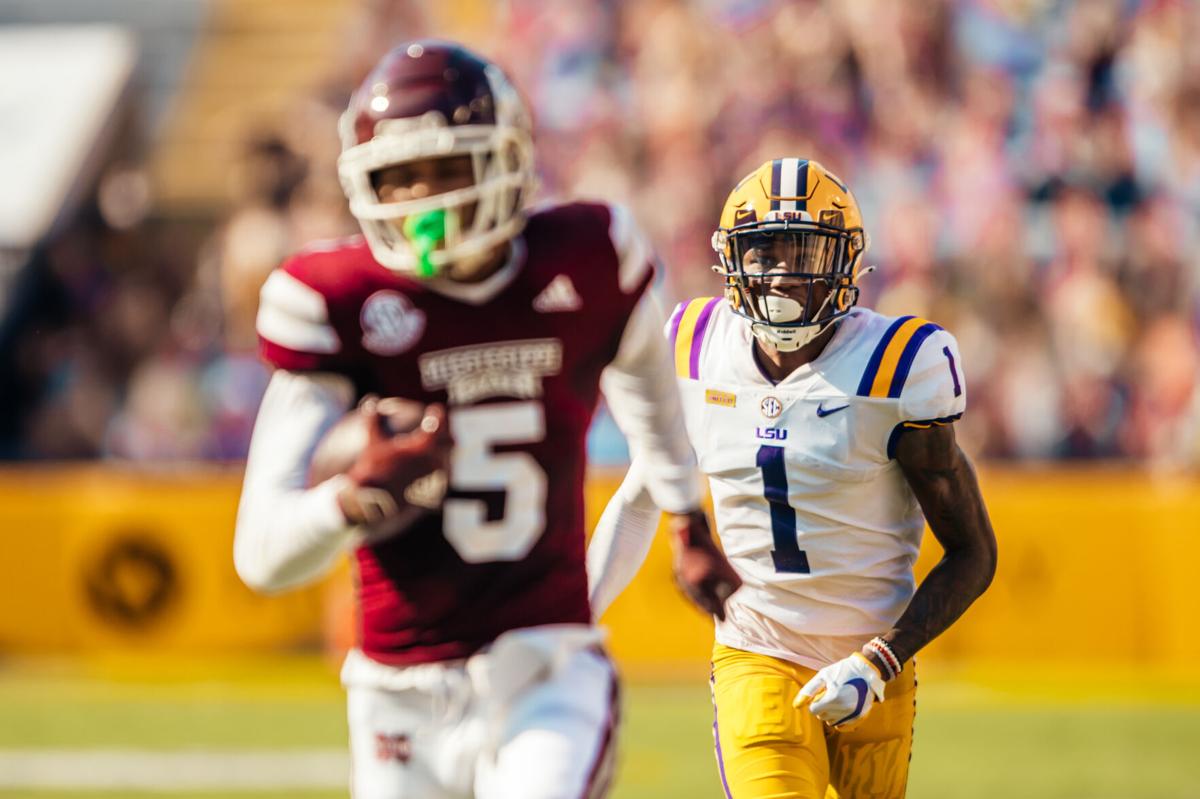 The sports editors of The Reveille and The Reflector, Reed Darcey and Tanner Marlar, sat down to discuss Saturday morning's SEC tilt between LSU and Mississippi State.

Reveille: It’s no secret that Ed Orgeron is under pressure from LSU’s fanbase, boosters and athletics higher ups to win more games this season. If LSU loses to Mississippi State again, especially after last season’s disastrous home opener against the Bulldogs, expect the most ardent fans to call for Orgeron’s head. On the flip side, Orgeron could bring a decisive win over the Bulldogs to his bosses and show them that he’s fixed mistakes made a year ago. It’s a pivotal game for Coach O.

Reflector: Leach is at least guaranteed for this year and next. He knows there is room for improvement within the offense, and has said multiple times the deep ball is where that improvement lies. If he can convince Sophomore Quarterback Will Rogers to flip that “killer instinct” switch in his head, MSU could really be dangerous going forward.

Reveille: A year ago, Mississippi State shook LSU and its fans awake from its 2019 dream season. Today, many of the same problems that brought the Tigers’ shocking demise in its home opener have not been solved, especially on defense. In the UCLA game, a creative offensive mind in Chip Kelly exploited the LSU’s linebackers lack of speed and the defensive secondary’s tendency to miscommunicate. This week, another innovative offensive mind in Mike Leach awaits LSU. What’s he cooking up for the Tigers’ defense? And will LSU be ready?

Reflector: Obviously, nobody in Starkville knew what to expect coming in to last year’s opener, and after the wild performance that it was, MSU fans (myself included) were shocked to see what the offense was doing. They were completing deep balls, getting the 50/50 throws, and everything else Mississippi State just doesn’t normally get. Of course, as the season went on, the excitement was curbed and we were brought back to reality, such is the tradition of Mississippi State athletics.

Reveille: LSU has learned to give Orgeron a shorter leash. Last season’s failure was largely on him: Before it started, he mishandled a player-led protest for racial justice, lost the locker room and failed to properly vet his hand-picked defensive coordinator, Bo Pelini. The players tuned him out. Now we have a different perspective on Orgeron the leader, with questions on how he will correct his mistakes. This game in Starkville will help answer those questions.

Reflector: The enthusiasm has stayed on the curb. Despite the NC State win, MSU fans have really not had much to cheer for this year. Sure, the defense is great but the offense is too streaky. There’s very rarely a sense of urgency, but when there is, they look fantastic. If MSU can start playing all four quarters with that sense of urgency, then bulldog fans might be able to get back to that state of nirvana they felt after last year’s game.

Reveille: The offensive line. It’s been a disappointment for LSU through three games. It returned four of five veteran starters, some of the most experienced players on the team. It simply hasn’t been good enough. Max Johnson has looked jumpy in the pocket at times, and it's been too challenging for his unit to score points. The blame has fallen on the line. In its first true test since UCLA, and with skill players like Deion Smith, Jack Bech and Corey Kiner stepping up, a solid performance could get LSU, as a whole, back on track. Another bad game, however, will spell big trouble.

Reflector: Will Rogers’ deep ball. It’s as simple as that. When he pushes the ball down the field, good things happen. He’s got the arm talent, he’s got the placement, and he’s got the receivers. According to Pro Football Focus, on passing attempts of more than 20 yards this year, Rogers has completed 7/9 attempts for 207 yards and three touchdowns to zero interceptions. If he can push the ball deep down field this week, MSU should be in good shape.

Reveille: I’m a big fan of Mike Leach. I think he outsmarts LSU’s secondary and linebackers, and the Bulldogs put up a ton of points. LSU’s offense should be good enough to keep up, but the Bulldogs’ will pull away in the end. MSU 35-24.

Reflector: MSU 28-24. I don’t believe this Mississippi State defense will allow more than 25 points; they’re too solid of a unit. I also don’t believe, however, that all of Mississippi State’s problems will have been solved in the matter of a week. I think that this Saturday, we will still see checkdowns galore and barely be able to muster four touchdowns, and I believe one or two of those will be on the ground. Bold, huh?

How to watch: LSU vs. Mississippi State

The Tigers (2-1) are barely favored to win the matchup against Mississippi State (2-1). LSU only boasts a 2.5-point favorite against the Bulld…

Cloudy skies this morning followed by thunderstorms during the afternoon. High 82F. Winds SE at 5 to 10 mph. Chance of rain 70%.

Sunshine and clouds mixed. A stray shower or thunderstorm is possible. High around 85F. Winds light and variable.

Scattered clouds with the possibility of an isolated thunderstorm developing overnight. Low 71F. Winds light and variable. Chance of rain 30%.