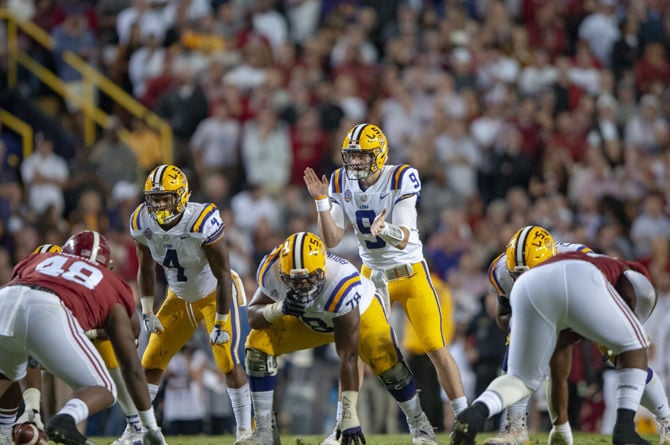 LSU junior quarterback Joe Burrow (9) prepares to throw the ball during the Tigers’ 29-0 loss against Alabama on Saturday, Nov. 3, 2018, in Tiger Stadium. 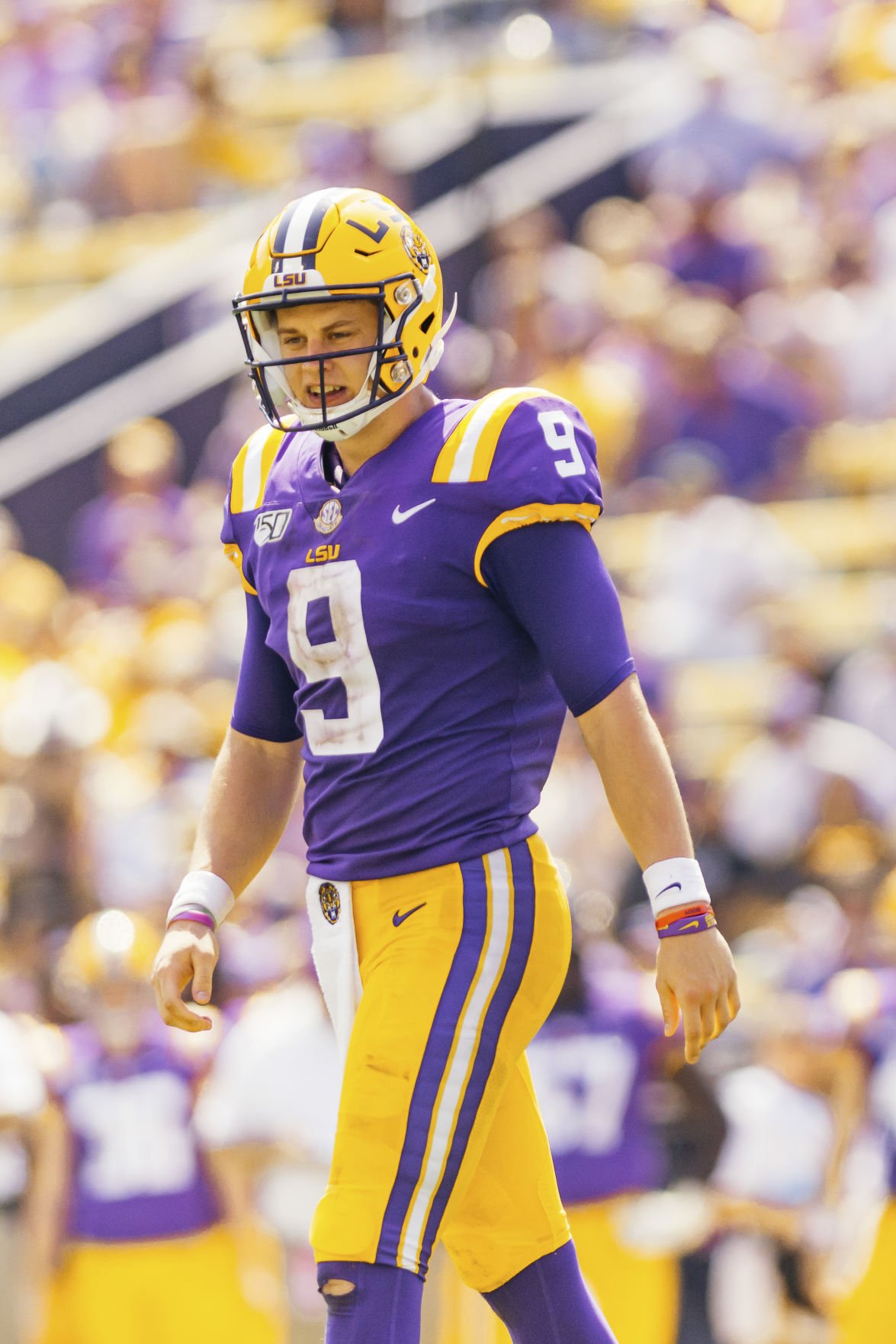 LSU junior quarterback Joe Burrow (9) prepares to throw the ball during the Tigers’ 29-0 loss against Alabama on Saturday, Nov. 3, 2018, in Tiger Stadium.

Amid one of the best statistical seasons for a quarterback in LSU history, senior Joe Burrow will play in the biggest game of his career, one that could catapult him into the upper echelon of LSU football history.

Called one of the “top-5 recruits, if not the top recruit in LSU history” by LSU coach Ed Orgeron, Burrow has transformed from being a solid starter in 2018 to a Heisman front-runner and first-round NFL draft talent.

Burrow will face his toughest task of the season on Saturday — ending an eight-game losing streak to the Crimson Tide. Last year, Burrow’s performance was not too dissimilar from his predecessors, going 18-35 for 184 yards and one interception. LSU’s offense failed to score for the second time in three years. Orgeron saw the writing on the wall — something had to change.

Since the 2011 National Championship game, LSU quarterbacks averaged 165 yards, less than one touchdown and almost one interception and a quarterback rating of 38, 14-for-27 passing, in seven losses to Alabama by a combined score of 172-73.

Meanwhile, in nine games Alabama lost over that same stretch, quarterbacks averaged 282 yards, two touchdowns and a quarterback rating of 71 on 22-for-34 passing.

Enter Joe Brady, who has transformed the Tigers’ offense into something LSU fans have never seen before. While Brady has rightly earned high praise for the offense’s success, Burrow has also gained his fair share of applause.

Burrow is a leading candidate for the Heisman and averages 26-for-33 passing, 351 yards, almost four touchdowns and a quarterback rating of 91.

Perhaps the most noticeable improvement has been his pocket presence, showing on numerous occasions his ability to move around the pocket avoiding the defensive pressure and throwing accurately.

Column: The Battle of the Trenches will decide LSU-Alabama game

The play that in some ways signified the transformation of both Burrow and this LSU offense came on third-and-17 in the fourth quarter against Texas. The Tigers were up six points with 2:38 seconds left. Instead of running the ball, Burrow dropped back to pass and after narrowly evading pressure, stepped up in the pocket and threw a dart to junior wide receiver Justin Jefferson for a 61-yard touchdown. It was a sign of the times, as LSU proceeded to score 36 points or more in every ensuing game besides its 23-20 victory over No. 9 Auburn.

But Alabama has been a different animal for the Tigers since 2011 — the monkey on its back that it just can’t seem to reach. Even with the gaudy numbers and eye-popping performances of this LSU offense, there’s still that doubt as to whether LSU can pull off the victory.

The Tigers opened up as seven-point underdogs, and the line hasn’t moved much in LSU’s favor, despite concerns over an ankle injury to Alabama quarterback Tua Tagovailoa, whose season has been equally as impressive as Burrow’s.

Tagovailoa has completed 145-of-194 passes for 2,166 yards and 27 touchdowns to two interceptions. Not only will Burrow have to beat Alabama’s defense, he also has to keep up with Tagovailoa and Alabama’s offense.

But Burrow believes LSU’s offense has the perfect storm to shake the Tide. LSU’s wide receivers are considered one of the top-three groups in the country. The offensive line is much improved compared to last year, and junior running back