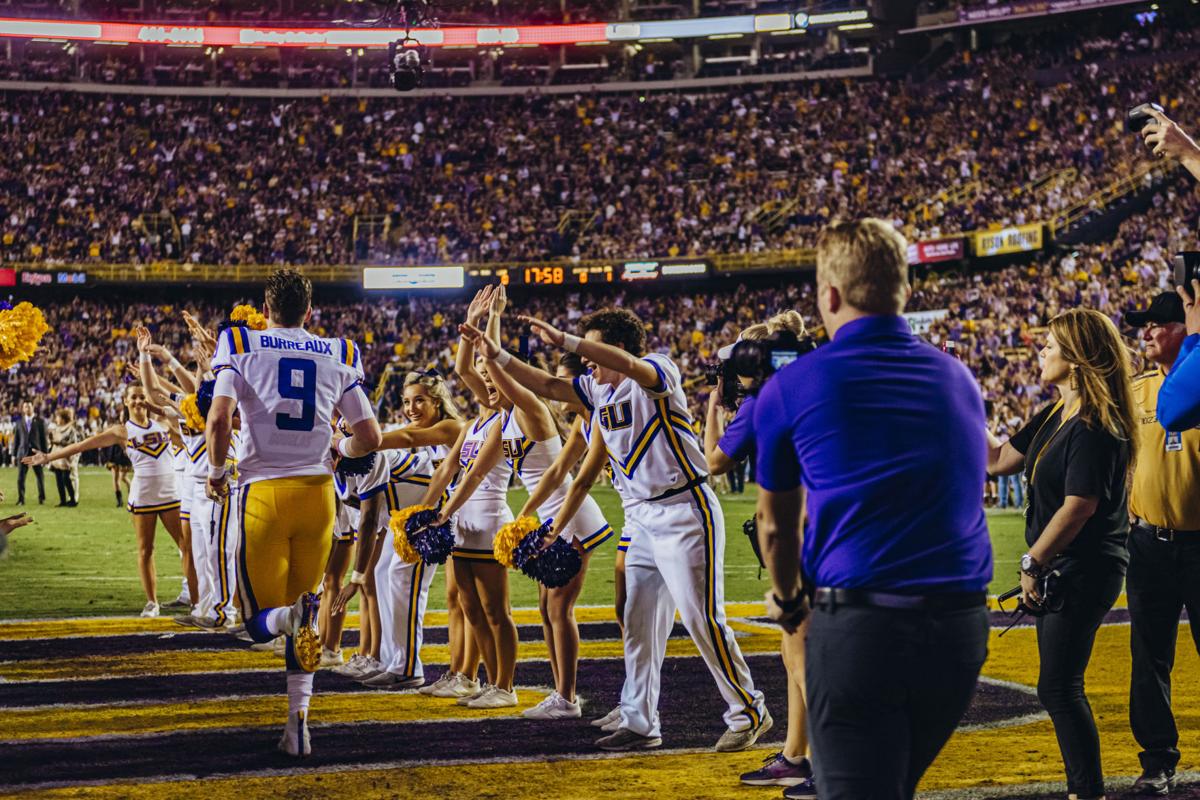 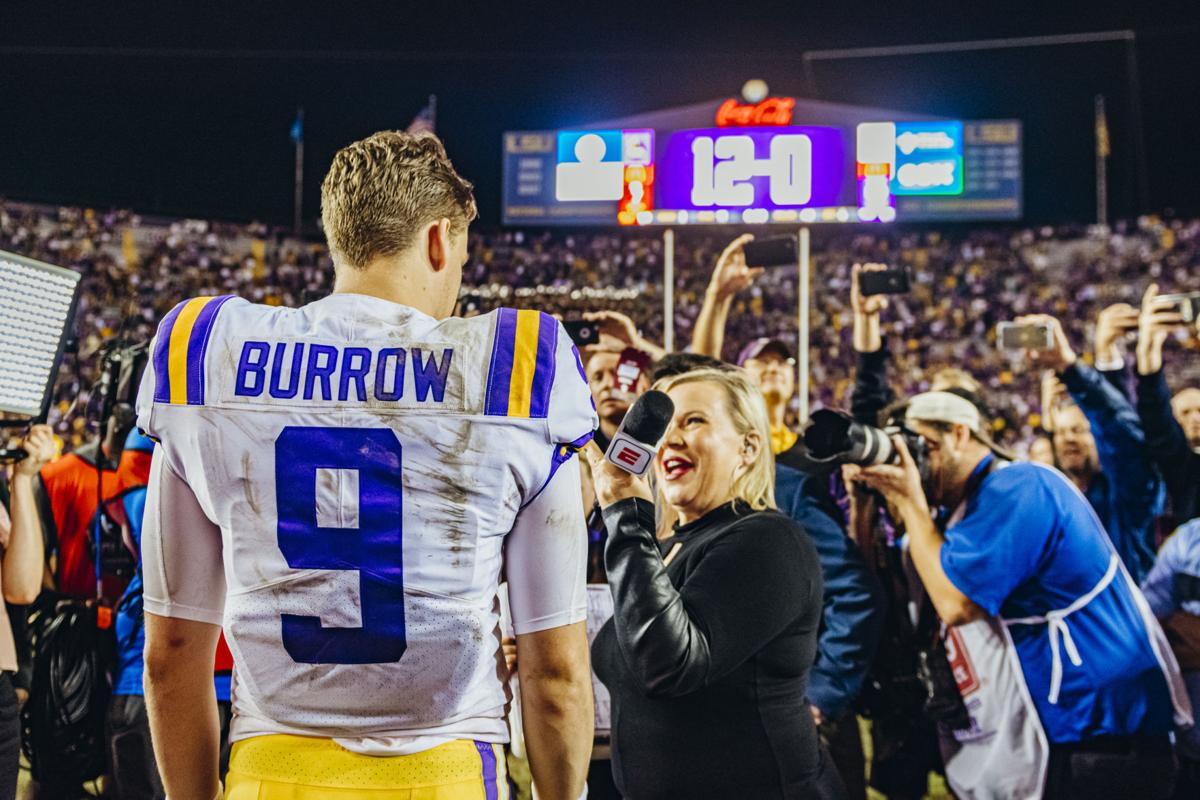 LSU senior quarterback Joe Burrow (9) gets interviewed on the field after the Tigers' 50-7 victory over Texas A&M on Saturday, November 30, 2019.

LSU senior quarterback Joe Burrow (9) gets interviewed on the field after the Tigers' 50-7 victory over Texas A&M on Saturday, November 30, 2019.

After LSU dominated Arkansas, a clip from Joe Burrow’s post-game football press conference made the rounds on social media.

“Excited for Saturday,” Burrow said at the podium. “Excited.”

A reporter then asked him why he was excited for the Tigers’ game against Texas A&M.

“A chance to go 12-0,” Burrow replied, sipping from his water bottle before flashing a villainous grin.

More than an undefeated season was on the line in the Tigers’ game against the Aggies. LSU’s final game of the regular season was its chance to exact revenge for one of the most memorable games in college football history, a controversial, five-hour, 74-72, seven-overtime loss to Texas A&M last year.

In his press conference, Burrow showed the strength of his will, a defining characteristic of the 2019 LSU offense. He and his offense have gotten everything they wanted all season. Against A&M, it was no different. The Tigers won 50-7.

record, all while averaging roughly 11 yards per attempt. The heights of offense’s success even surprised head coach Ed Orgeron.

“I thought it would be efficient,” Orgeron said. “But we never thought about records.”

Against the Aggies, the Tigers cruised to victory, shattering the school’s total single-season scoring record in the process. Burrow tossed three touchdowns, one to junior wide receiver Justin Jefferson and two to sophomore wide receiver Ja’Marr Chase, who is a finalist for the Biletnikoff Award, a honor given to the nation’s best receiver.

Burrow was comfortable all game, slaloming through the pocket when his receivers were covered, keeping his eyes downfield and waiting for a receiver to pop open. The performance was a fitting end to a dream regular season, where the offense formed a perfect storm.

The offensive line returned all five starters and held steady all season. Chase, Jefferson and sophomore wide receiver Terrace Marshall blossomed into dynamic weapons, as did junior running back Clyde Edwards-Helaire, who is a finalist for the Hornung Award, a distinction for the nation’s most versatile player.

At the helm of the perfect offense is Baton Rouge’s new legend, Burrow, who stumbled into a perfect marriage with the place he can forever call home. Burrow mirrors Louisiana in a myriad of ways — in his swagger, confidence, nonchalance and toughness.

“I fought through a lot of adversity, and so did a lot of players on this team,” Burrow said. “I think that’s really helped us become who we are.”

He walked out of the tunnel on senior night to a roaring ovation. On the back of his jersey, his name was spelled “Burreaux,” commemorating his transformation from an Ohio boy to a Louisiana man. The new nameplate rested on his shoulders, signifying the people he carries on his shoulders in the Tigers’ pursuit of a national championship.

“Joe has meant a lot to Louisiana,” said Orgeron. “People in Louisiana have heart, man. When they love you, they love you. They love Joe, and Joe loves them.”

Burrow jogged off the field to another ovation from the student section and made his way to the locker room, where he took off his pads and moved to his post-game press conference. This week, his mood at the podium was different. He smiled, cracked jokes. Burrow’s bitter resolve after the Arkansas game was now a tranquil satisfaction in a calming feeling of accomplishment and gratitude.

“Thanks for resurrecting my career and everything you guys have done for me,” Burrow said. “It’s been a dream come true.”

“This is the best atmosphere in the country. Saturday night in Death Valley. There’s nothing like it. It’s given everything to me. I couldn’t be more grateful.”